A BRIEF HISTORY OF THE SITE & BUILDING

The site, which originally extended to Renny Lane, was part of the land granted to the Trustees of St John’s Church. It was acquired by the Government Savings Bank of NSW in August 1912. The buildings constructed on the site consisted of a building on Oxford Street containing a bank and residence and a separate shop and residence, and a second laundry building at the rear, fronting Renny Lane. The Oxford Street building is believed to have been designed by architects H E Ross & Rowe, and was opened in 1914.

Although no drawings or photographs of the original building have been located, it is assumed that road widening in 1935 led to the original facade on Oxford Street being removed and replaced by the present facade, which was probably designed by the architects of the Works and Services Branch of the Commonwealth Department of the Interior. The earliest surviving drawing of the bank is an electrical plan dated 1940, which shows the current façade and also the layout of rooms at the time, which is likely to approximate to the original. On the ground level the banking chamber had a counter across almost the full width of the space, with an entrance to a lobby leading to the Manager’s office. This area is now the Hotel Reception, with conserved pressed metal ceilings and timber windows. 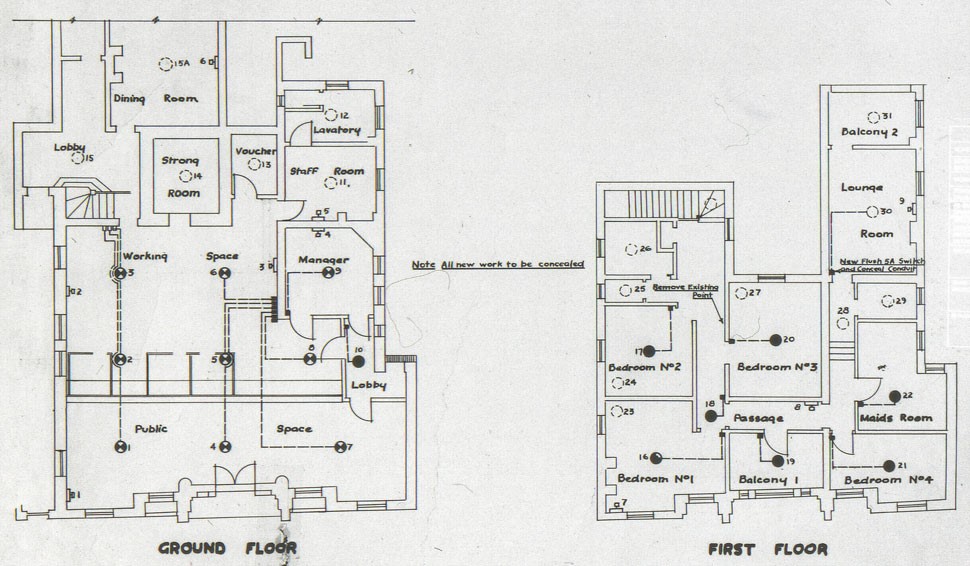 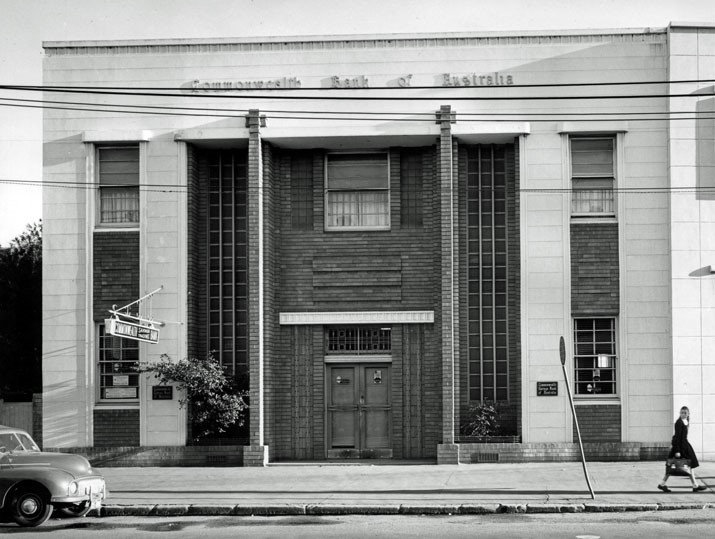 On the eastern side was a separate entrance to the Manager’s residence, which had a dining room (and presumably a kitchen beyond) on the ground floor, and bedrooms and bathrooms on the first floor. These first floor rooms have been preserved and reinvigorated as three generous hotel rooms, furnished sympathetically to that mid-century era. The space labelled as balcony was presumably open to the street in the original building.

In 1950, the Bank subdivided the land and sold the rear portion containing the laundry, retaining a right of way from Renny Lane to the rear of their own land.

Photographs of the branch in about 1958 show the exterior and banking chamber as they were at that time.

Substantial alterations and additions were made to the branch in 1975, which removed much of the former Manager’s residence, and concealed the pressed metal ceilings in the banking chamber above a new suspended ceiling. These works also extended the building to the side and rear, and created a separate tenancy on part of the first floor, with a new front entrance through a former ground floor window.

After some further alterations and internal refurbishments, including the installation of an ATM on the façade, the Bank sold the property in 1996, occupying the bank premises under a leasehold arrangement until it left the building altogether in 2013. 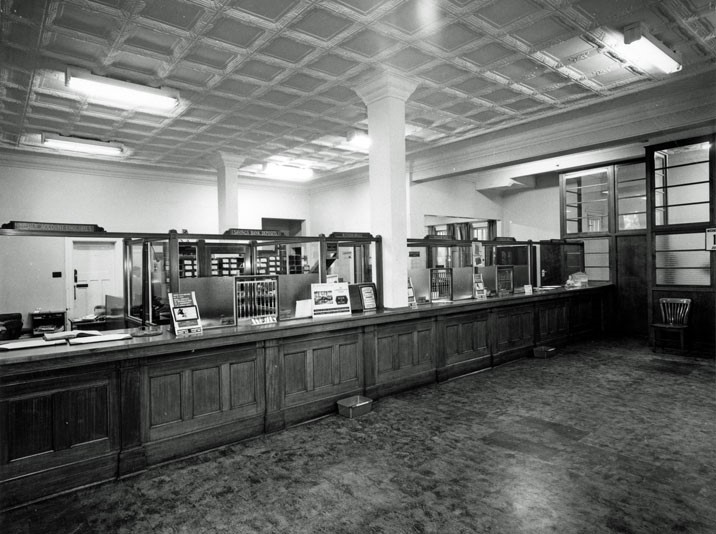 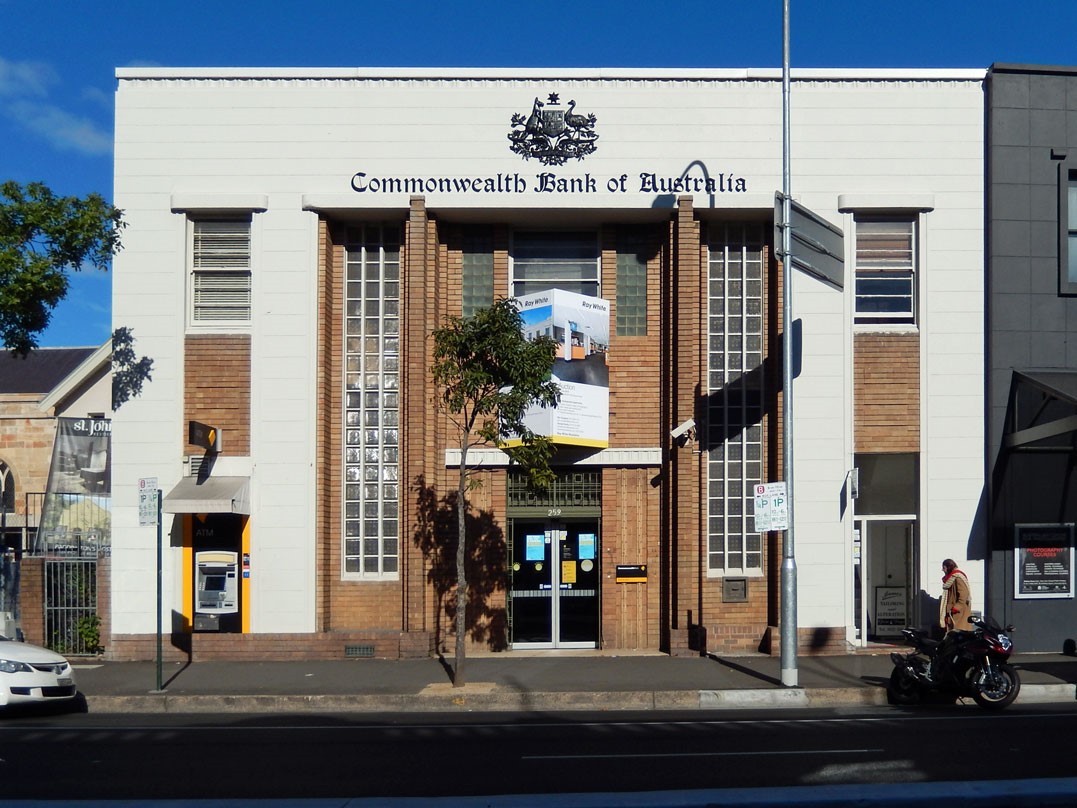 Between 2015 and 2017 the building was conserved and adapted as Mrs Banks Hotel, to designs by architects Orwell & Peter Phillips. The original ground floor windows and brick panels on the façade were reconstructed, as was the former side porch at the entrance to the Manager’s residence. Internally the pressed metal ceiling in the former banking chamber was revealed and repaired. The 1975 additions were replaced by a new three-storey rear wing containing modern hotel bedrooms. A new awning was constructed above the main entrance.